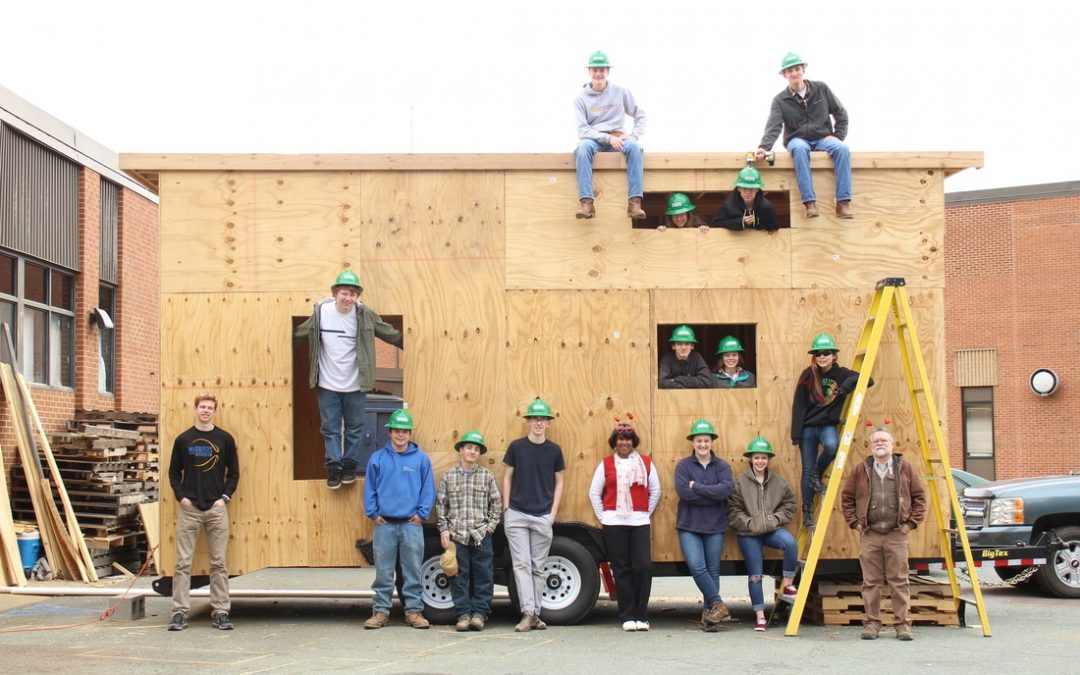 “So, we showed up on the first day of school in our junior-senior shop class and our teacher, Mr. Matheny, said we were going to build a tiny house. He said it was to be a student-run project to give us real-world skills,” recalled Hana Lagana, a senior at Western Albemarle High School in Virginia. “It was a three-four level class, so most of us had taken shop for at least two years before the project began.”

“The school said okay as long as we received donations. We did one pizza fundraiser that raised $800, but that wasn’t much when it came to building a tiny house. A local organization, Associated General Contractors of Virginia, donated $6,000, materials and time,” said Lagana. “We went with it.” 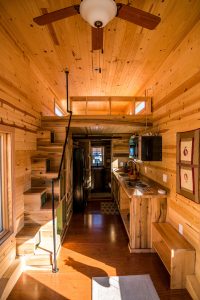 That was Lagana’s junior year. She was picked to be the student project manager for the build. From October 2016 to June 2017, Lagana and her classmates worked together to build an impressive tiny house on wheels. Now they hope to sell it at the Mid-Atlantic Tiny House Expo which will take place in Fredericksburg, Virginia, May 12-13. Caroline Bertrand, a career specialist at Western Albemarle High School, is scheduled to speak at the expo about the tiny house project.

The house is 26 feet long and has a queen-size loft. The list price is $35,000. “Hopefully the money that we make will go toward funding another similar project in the future,” said Lagana.

“What is unique about this project is that students were asked to lead and the teacher to facilitate. It worked because the shop teacher had lots of construction experience and we got lots of support from professionals who installed all the critical systems, and who helped mentor the students,” said Bertrand.

The completed home was certified by NOAH, according to Lagana.

“I am very proud of their accomplishments,” said Bertrand. “Our students learned lifelong skills they will need to succeed as 21st century learners, workers and citizens.”

“It was a lot of work,” said Lagana. “We worked on it pretty much the whole school year. We stayed after school to finish it at the end. It took a while since we could only work on it 90 minutes per day.”

“Hana’s role as the student project manager lead to a summer internship with a construction company,” said Bertrand.

“Last summer I had an internship where I was running numbers on projects, estimating jobs and even helping to run some jobs. It was a mix of residential and commercial. The housing industry interests me more than tiny homes. I am more interested in low-income housing solutions,” said Lagana.

“I think some of the other kids in my class may be interested in going into construction trades because of this. Some of my classmates do construction over the summer. One will be attending Appalachian State where he plans to study construction project management,” said Lagana.

Lagana, who liked finish work the most – installing cabinets, building steps and applying stain and paint, is “99 percent sure” she will attend Mary Baldwin University next fall, but she is “going to visit Appalachian State, too.”

For more information about the project or purchasing the tiny house, please contact Caroline Bertrand, cbertrand@k12albemarle.org, 434-823-8700.