It wasn’t that Frank and Sessy Hazzard hated their jobs.  Sessy liked being a CPA almost as much as Frank liked being a fire chief.  But after working hard for more than 30 years and raising children, they were ready for a change.  They yearned to add a second chapter to their story before they bought the farm, so they bought a farm, built an Amish barn and sowed flower seeds.  Lots of flower seeds!  Thousands, in fact.

There were many reasons.  Farming was in their blood — they both came from farming families.  They felt tied to the land and wanted to be outdoors.  They wanted to create beauty and make people happy by sharing it.  They wanted to witness the miracle of life.  They believed in the vitality of local, small businesses and they wanted to work together. 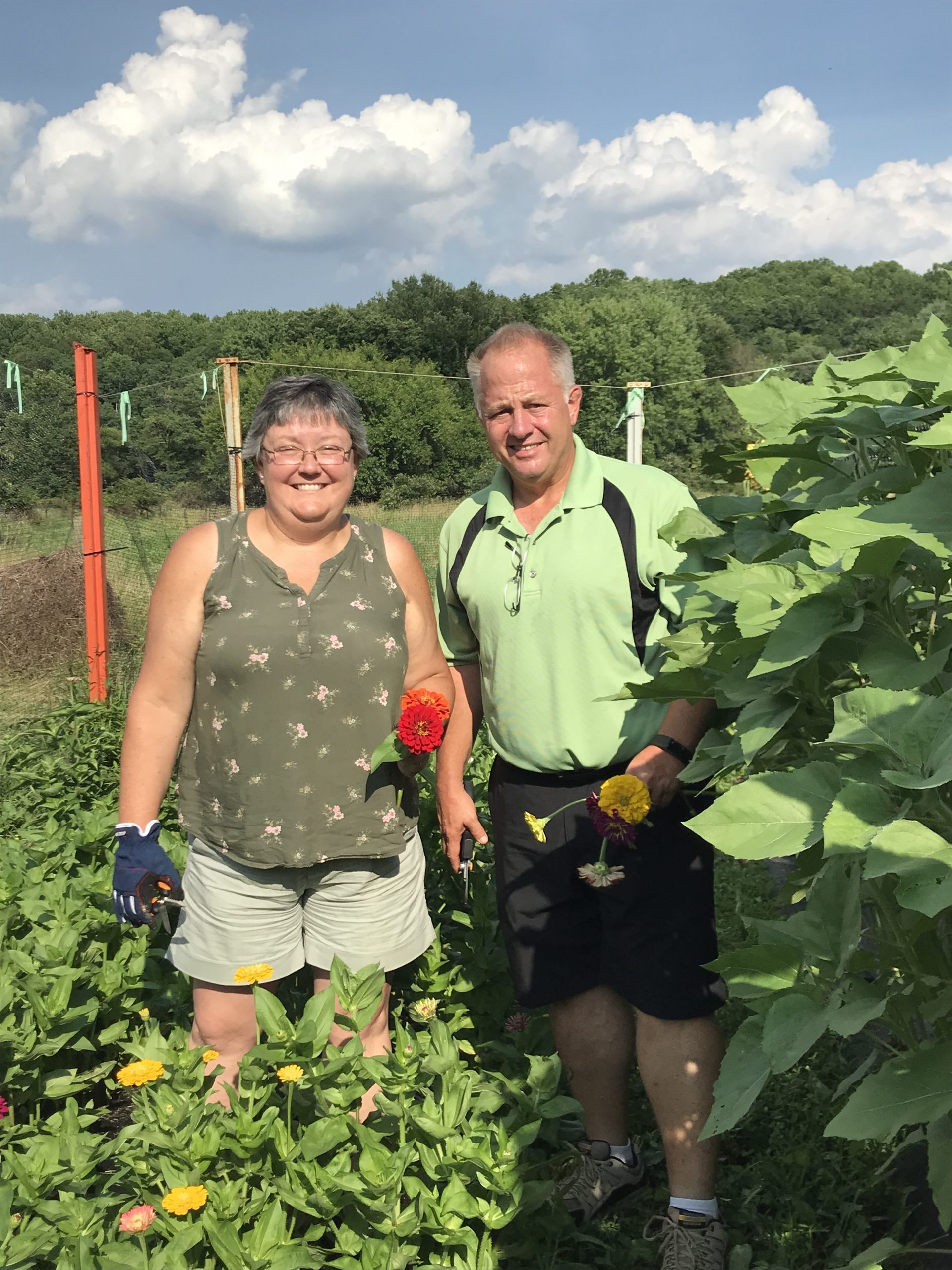